It stands for a bubbly Italian zest for life and lightly sparkling pleasure: Prosecco. It is firmly rooted in its home in northern Italy and acts as a fresh and elegant ambassador to Veneto – a unique landscape with hilly vineyards and picturesque villages. Discover here what else makes Prosecco so very special. 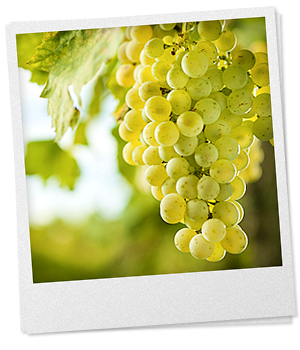 Prosecco is pressed from the Glera grape – a white variety with a long tradition. The area of cultivation is strictly limited to Veneto, a very specific region in northern Italy. Veneto has blossomed into Italy’s most important wine region in recent years, increasing its growing area, production and variety. A good Prosecco reflects this special origin and the regional characteristics with its flavour and the lively, unique sparkle.

SCAVI & RAY for example, have the “dolce vita” and the swinging Italian lifestyle in their blood – a result of the first class vines, cultivated in a breathtaking, sun drenched landscape with a unique soil structure. 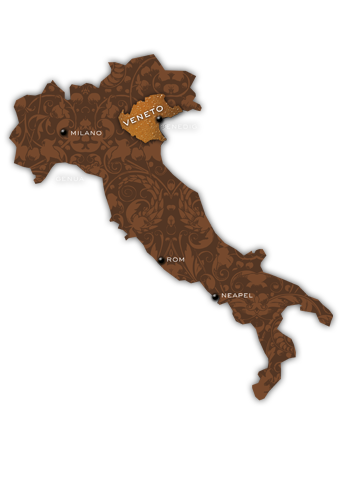 Italy is without doubt one of the most important wine growing nations in the world. In Germany, Italian wine has virtually become a staple of everyday culture. Everybody knows the famous wines such as Lambrusco, Bardolino, Chianti, Brunello di Montalcino, Barolo and – in the range of sparking wines – Prosecco. The Veneto wine growing region is located in northern Italy. With a share of 20 % of the Italian DOC production, it is one of the largest wine regions in the country. The stony and chalky soil which is covered with red and brown earth plays a crucial role in this successful viniculture.

Around 150 million bottles of the cult beverage Prosecco are produced here each year. This shows how popular this sparling wine is. It has been produced in the wine growing region of Veneto for at least 200 years. The origin of this grape variety may go back much further, though. A wine known as “Pucino” was the favourite drink of empress Livia who lived between 58 BC and 29 AD.

The difference between SECCO and PROSECCO 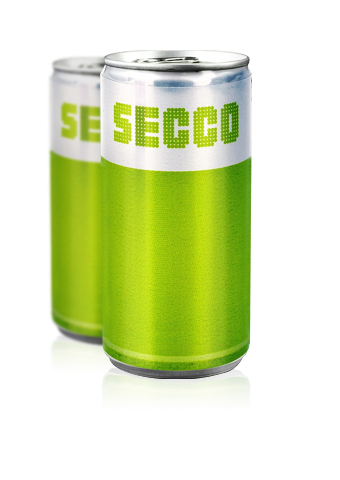 What is the difference between “Secco” and “Prosecco”? The distinction is made by the grape variety, for one. Prosecco is exclusively made from the Glera grape. This grape variety is grown in Veneto and partially also in Friuli. It can also be cultivated and used outside of Veneto, but then the product can “only” be called Secco and not Prosecco.

Prosecco may only be grown, pressed and bottled in Veneto. It is therefore a protected designation of origin, like Champagne. Secco, by the way, does not necessarily have to be pressed from Glera grapes or produced in Italy. There is no law to stipulate the use of a single grape, so Secco can also be produced and bottled in Germany. Moreover, glass bottles are not defined as retail containers – Secco can therefore also be sold in cans while Prosecco can only be sold in glass.

What does the EFFERVESCENCE indicate? 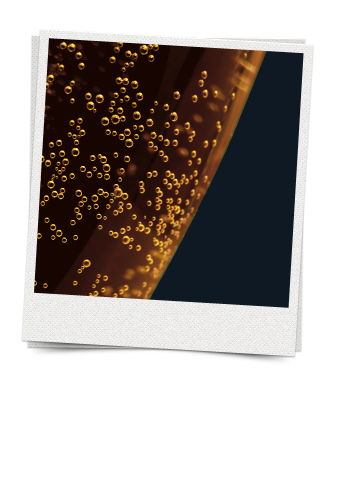 Some sparkling wine glasses feature special etchings which are sometimes referred to as effervescence points. These are slightly rough points, usually at the base of the glass, which release the CO2 in the liquid and cause it to rise up as bubbles. The effervescence points cause the carbon dioxide to escape faster.

How do the bubbles get in to the wine?

The method
A very time and labour intensive method is used to create the CO2: classic or traditional bottle fermentation. This method requires the primary wine to age in the bottle during secondary fermentation for several months or years. To remove the lees (yeast deposits), the bottles are placed in so-called riddling racks after ageing. Over a period of six to eight weeks, the bottles are given a slight shake and turn every day. The angle is gradually increased, preventing the lees from adhering to the glass and causing them to settle in the neck. Some larger producers use mechanised riddling equipment today. Traditionally the bottles were turned by hand by the cellarer himself. Then the bottle necks are immersed in a cryogenic bath to freeze the lees which has collected there within a matter of minutes. Then the crown cap is removed and the pressure of the carbonated liquid expels the plug if ice containing the lees. This process is called disgorging.

The transfer method
For this method, the wine completes secondary fermentation in bottles and is then transferred to large tanks where the lees is removed by means of a filter. The wine is then filled back into new bottles under pressure. Producers are allowed to use the coveted term bottle fermentation on the label.

The Charmat method
This is the most inexpensive production method which is preferred by most large producers. In the cost-efficient tank process, electronically controlled agitators in stainless steel tanks with up to 200,000 litres capacity ensure that the yeast is in constant contact with the entire contents. Six months later the semi-sparkling or sparkling wine is filtered and bottled.

The Carbonation method
This designates the simplest method of producing sparkling wine, usually Frizzante or semi-sparkling wine. Carbon dioxide is pumped into a tank filled with wine. The wine is then bottled under pressure to prevent the gas from escaping. These lightly sparkling wines are still very popular. Their taste is much more similar to wine and the lower carbon dioxide content makes them kinder on the stomach.

Prosecco SPUMANTE and FRIZZANTE – what is the difference? 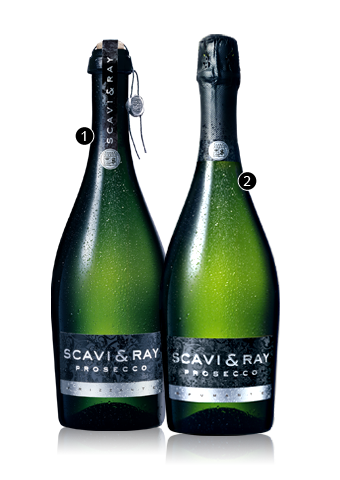 The Italian sparkling wine VINO SPUMANTE and the semi-sparkling wine VINO FRIZZANTE have several things in common:  Both clearly feature a lively Italian temperament. The bubbles in both SPUMANTE and FRIZZANTE from SCAVI & RAY come from natural carbon dioxide which is created during the second fermentation process.  Prosecco can have artificially added carbon dioxide, which is regarded as inferior quality, though. Both the semi-sparkling and the sparkling wines from SCAVI & RAY are classified as DOC Prosecco and are made from 100% Glera grapes which are grown in the defined quality regions.

(1) There are also fundamental differences with regard to the effervescence of the two Prosecco types: FRIZZANTE features a more subtle, fine fizz which is due to a lower carbon dioxide content (max. 5.9 g CO2/l).  This also explains the lower bottle pressure (max. 2.5 bar), which means a simple cork without any additional protection is sufficient.

(2) SPUMANTE on the other hand has a stronger effervescence and therefore a more intensive fizz at a CO2 content of at least 7.5 g/l. This causes a significantly higher bottle pressure of at least 3.5 bar. SPUMANTE has a sparkling wine closure to provide secure closing of the bottle given the increased pressure. Usually, the cork is additionally fixed with a wire cage.

–  In addition to the best selling periods during the spring and summer season, Christmas still always sees a strong increase in sales: 20% of sparkling wine sales take place in December.

– After classic German sparkling wine (Sekt), Prosecco is the strongest market segment and is regarded as a trendsetting segment.

– Prosecco is continuously growing and is the driving force of the overall market.

– The versatile serving and mixing options mean that Prosecco is consumed more intensively than traditional sparkling wine: over 70% of sparkling wine drinkers also drink prosecco in a mixed drink. 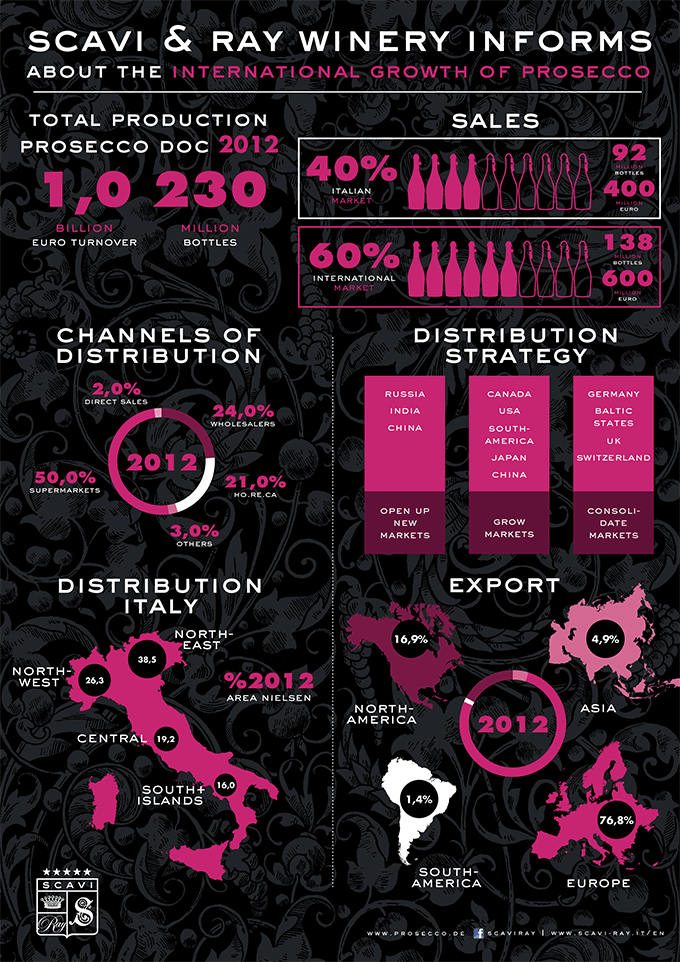 We use cookies to ensure that we give you the best experience on our website. If you continue to use this site we will assume that you are happy with it.OKMore